Women getting raw deal on pensions 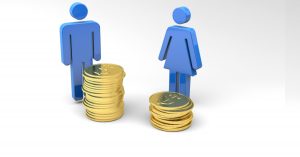 A new report reveals that women are at a major disadvantage when it comes to saving for retirement, accruing between 25% to 45% less in their pension pots at retirement.

According to analysis from Barnett Waddingham, the gender pension gap really starts to diverge most after the age of 32, with men then contributing up to £1,500 per annum more into their pension than their female counterparts.

The gender pay gap is a key factor in this, with the pensions system in particular failing to support mothers taking career breaks.

For a woman taking two 12-month career breaks in her 30s, with no increase to pension saving or salary during this time, she can end up having 10% less in her pension pot at retirement compared to a woman with no breaks.

A 35-year-old having had two career breaks would need to increase contributions by an additional 1% of pensionable pay for the rest of her working life to make up the shortfall.

However, if she waits until she is 55 to make up the shortfall, she will need to increase annual contributions by around 6%.

Even though auto-enrolment has enabled a great many more women to save for their retirement, with the auto-enrolment threshold at £10,000 pa many are still missing out – either because they are not working full time or they take lower paid work, often because their career paths have been interrupted or they need to provide care to a family member.

Says Amanda Latham, policy and strategy lead at Barnett Waddingham: “Whilst society has evolved, the pension system has not, at least certainly not at the same pace. Mainly focussing on the needs of the ‘traditional nuclear family’, the design has not changed to reflect the way we live today.

“As such, the system is intrinsically biased towards men, creating a stark disparity in wealth at retirement.”

Are YOUR retirement savings up to muster?

If you are heading towards retirement and concerned that you may not have enough tucked away for a comfortable later life, why not check just how much you can afford to spend each year using the RetireEasy LifePlan?

If the figures aren’t what you hoped, you can then make an informed decision on increasing contributions or remaining in work for longer than you had originally planned.