While some older workers delay retirement due to Covid, others save more 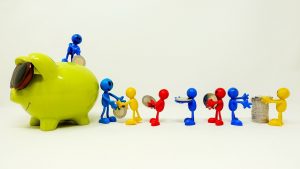 Two contrasting new reports show how the nation has divided during Covid, with many of those in work saving more, while many are having to delay retirement.

A large number of older workers are delaying their retirement due to COVID-19 according to a new report by Close Brothers.

A survey carried out in January of 2,000 UK-based employees found that just under one in five of workers aged between 65-74 and one in seven aged between 55-64 have been forced to change their plans.

These are figures which tally with RetireEasy’s own subscriber survey last Autumn.

The upside is that many employees are making changes to their savings plans to make them more resilient in the future – including 38 per cent of those aged between 65-74 and 43 per cent aged 55-64.

Jeanette Makings, Head of Financial Education at Close Brothers said: “COVID-19 has impacted financial health in a multitude of ways, with some suffering hardship, some having to postpone long held plans and others benefitting and adding to savings.

“Understanding employees financial health as a whole, and knowing those that need most help, has to be the starting point to ensure that an inclusive, effective, and targeted financial wellbeing programme is implemented.

“A single channel, ‘one size fits all’ financial wellbeing approach is likely to fail many.”

Now the rather rosier picture… with an added caveat

According to Aviva, cash savings boomed during the last year, despite record low interest rates.

£179bn has been added to cash deposits over the past year, even though instant access accounts are offering an average return of just 0.05% – a record low. Aviva’s analysis suggests this boom represents a massive £130bn more than would have been predicted before Covid.

Alistair McQueen, Head of Savings & Retirement at Aviva warned that: “Headline CPI inflation is now at 0.4%, so the millions who are holding cash in their current accounts risk losing money month after month.”

How are YOUR retirement plans faring?

Whether you have had a good year financially, or have struggled to keep your pension savings going, now could be an excellent time to check that your retirement plans are on track – and that your money is in the best possible place.

Check out how you are placed by logging onto your RetireEasy LifePlan, which will give you an instant update.

If your subscription has lapsed, LifePlan Classic costs just £5.99 a month to get regular updates on your progress!