Should older people be footing the bill for Coronavirus? 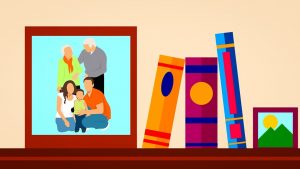 The health and financial impacts of the pandemic are threatening to open a divide between the generations, writes Tony Watts OBE, later life campaigner and RetireEasy director.

For some time now there has been an increasingly loud drumbeat coming from a variety of “thinktanks” (aka pressure groups) arguing that younger people are getting a bad deal when compared with older generations.

Cheaper housing, more secure employment, better pensions, subsidised college education… the list of what we enjoyed and they don’t goes on. And it’s hard to ignore. Many of us have children and grandchildren facing those very issues, and are more than aware of the current difficulty of getting on the housing ladder or paying student loans. Indeed, many of us are acting in the often-unrecognised capacity of “Bank of Mum and Dad” to soften the blow.

There’s been plenty of talk about eliminating or restricting non-means tested benefits such as the Winter Fuel Allowance and Bus Pass. The free TV licence for over 75s has already (contentiously) been limited to those on Pension Credit, while the triple lock on State Pensions is unaffordable longer term, comes the cry from people like the OECD.

But the rhetoric has been ratcheted up significantly by the Coronavirus.

Who is suffering most?

There’s no question that the specific vulnerability of older people (as well as those with underlying health conditions) is a major factor in the lockdowns that are – unquestionably -causing a great deal of pain to the whole of society: putting people out of work, causing businesses to suffer and driving up public borrowing. Would the Government have reacted in quite such a draconian manner if the mortality rate was universally that experienced by younger people?

The price of protecting older people, goes the argument, has largely been paid by the younger generation… and will continue to be paid in the decades ahead.

The countervailing argument is that older people have been paying into the system for years, and that older people still have a major contribution to make to society. And, of course, unless you really do believe that there “is no such thing as society” that it is our ethical duty to protect all of our citizens.

Was it perverse of older people campaigners to wave the “ageism flag” when there were proposals to get the economy back on track by putting older people back down into lockdown… or was it simply a sensible recognition that age is not necessarily a determinant of vulnerability, and that many families couldn’t go back to work without the help of grandparents. And that’s before you get to the logistical challenge and humanitarian dilemma of keeping millions of people provided for and well during a lockdown seemingly without a time limit…

But what do older people themselves think?

An interesting piece of research has just been published by Which? Money that reveals that attitudes amongst older people have actually hardened in recent months and, the report concludes, “although the older generation is worried about the financial impact of coronavirus on younger people, they feel that they shouldn’t have to foot the bill.”

In July 2019, and again in July 2020, Which? members shared their views on whether certain retirement or age-related benefits should be available to all, means-tested or scrapped altogether. The sample comprised mostly retirees (85%).

However, respondents weren’t unsympathetic to the plight of younger people – more than half said they’re worried about the financial future of their children and grandchildren; indeed, while around a third (32%) say they’re financially worse off themselves as a result of the pandemic, fully two thirds felt that younger people have borne a larger share of the financial burden.

Some 81% of respondents thought that job creation should be the nation’s priority once things return to normality.

But the bottom line is that only 25% of those taking part in the survey agreed that benefits for older people should be reviewed to give more support to younger generations. Just over half (52%) disagreed.

So is this the “selfish generation”… or simply a reflection of the fact that older people have earned what they now receive – and that the means-tested benefits are theirs by right, regardless of income?

One is that many of the benefits were put into place by the Government of the time as a sop to the fact that the “link” between average earnings and the State Pension had been severed, and millions of older people heavily reliant on the SP were finding themselves cut increasingly adrift from the spending power of the rest of society. That mechanism has now been reinstated (The “Triple Lock”) but the gap between average earnings and the State Pension has still not fully recovered.

Secondly, when benefits ARE means tested, a high proportion of people invariably miss out. Pension Credit is a good example: more than a million pensioners in the UK are not getting the Pension Credit to which they are entitled, so that each year a staggering £2.2 billion earmarked for the poorest pensioners doesn’t reach them.

Perhaps what is needed is a wider debate about what constitutes “intergenerational fairness” and – in order for us all to remain “on the same side” rather than divided – for this discussion not to be solely about how we carve up the existing pot… but whether the pot itself is unfair. There is, for instance, a strong argument that if multi-national tech companies paid their fair share of tax, public purse strings would be less constrained.

We would be very interested to know YOUR views on this contentious topic! Email me at support@retireeasy.co.uk.