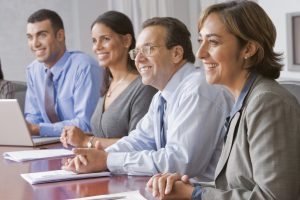 Positive news for some savers this month: the aggregate surplus of the 5,215 defined benefit schemes in the Pension Protection Fund (PFF) 7800 Index increased from £133.6bn in February to £176.4bn at the end of last month: an increase of £42.8bn.

This means that Section 179 liabilities (the level of assets needed to secure PPF-level benefits with an insurer) were 111.4 per cent funded in March, up from 108.4 per cent in February and the highest it’s been since June 2007.

PPF Chief Financial Officer and Chief Actuary Lisa McCrory said: “Scheme funding levels continue to be impacted by the increase in bond yields, which have moved to reflect expectations that the Bank of England’s policy rate will be higher in the coming years than it has for the previous decade,” she added.

Buck UK’s head of retirement consulting, Vishal Makkar, added several cautionary notes: “With more than 3,300 of the 5,215 plans in the PPF index ending the month with a funding surplus, the thoughts of many administrators may turn to other goals,” he said. “The recent Spring Statement offered no major shake-ups for pension plans, with nothing new in terms of requirements or regulations for trustees. Unfortunately, the Chancellor has also offered little relief when it comes to the current cost-of-living crisis.

“The rising cost of living remains a significant concern for scheme members and an increase in National Insurance contributions could well be an additional issue for those who have not yet reached retirement.

“Rising inflation could also impact most program sponsors and will likely affect the final planning of many programs this year. A combination of inflation and accompanying interest rate hikes could make 2022 will be a challenging year for DB plans as they grapple with a rapidly changing investment landscape.

Make sure your retirement plans are on target…

If you’d like to ensure their retirement plans remain on track, then checking in regularly with your RetireEasy LifePlan could give you real peace of mind… and may help you to avert any problems further down the line by spotting shortfalls and taking early action.

What’s more, you can test out different scenarios too, based on how well you think the market is going to perform in the upcoming years, whether you need to take a short savings holiday, how much inflation might eat into your estimates, whether you can afford to help a family member get on the housing ladder, and what happens if you elect to delay or bring forward your retirement date.

If your subscription has lapsed, why not get back on track for just a few pounds a month by clicking here: http://www.retireeasy.co.uk