A new report reveals how our spending changes through retirement 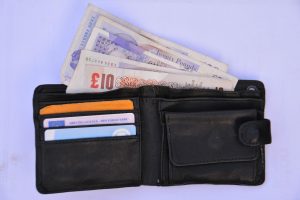 Estimating exactly how much you’ll need to enjoy a comfortable retirement has never been easy, as our spending habits will inevitably change as we move through our later years. But now a new report from the Institute for Fiscal Studies has shed new light on these shifts.

The report, authored by Rowena Crawford, Heidi Karjalainen and David Sturrock, examined the spending patterns of current retirees in the UK using data from the Living Costs and Food Survey, from 2006 to 2018, giving them a detailed picture of retired households’ spending patterns, including how spending patterns differ between different types of households.

“Desired profiles of spending in retirement are a key ingredient in how fast funds should be withdrawn,” they emphasise, not least because “whether people prefer a constant, increasing or decreasing profile of spending through their retirement will affect the kind of income profile they should aim for.”

So what were some of their key findings?

The link for the full report is:

Remember: if you think that these findings have made you rethink your retirement spending projections, it’s easy to adjust your RetireEasy LifePlan to take account of a whole series of different scenarios.