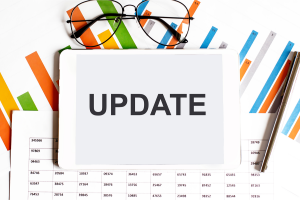 Mark Soper ACII looks at the potential fallout from the war being waged upon the people of Ukraine as well as the other pressures upon the financial markets.

The Russian invasion of Ukraine continues to dominate the news today, with cameras capturing the horror that its proud and independent people are experiencing, and the news bulletins are filled with the economic sanctions rapidly being ratcheted up as well as military and humanitarian aid now coming from the West.

It’s plain that the fallout will hit countries well beyond the theatre of war. So how might all this play out in the financial markets?

A week is a long time in politics, and eight weeks is even longer: by the end of 2021, investment markets had neared a peak, buoyed by an ebbing of Covid 19 and the success of the vaccine roll out.  Supply chain issues were predicted to ease and many economic analysts were suggesting that increasing levels of inflation were likely to be transitory with a range of potential solutions to curb the impact of escalating energy prices on consumers.

The situation in Russia and Ukraine, whilst potentially dangerous to global economies, has already been the catalyst to drive energy prices higher with oil over US$100 per barrel and gas prices increasing once again following a slight fall over recent weeks.

The suspension of the Nord Stream 2 gas pipeline project between the EU and Russia will only exacerbate the problem of gas supplies, particularly in Europe.  The Eurozone imports almost 90% of its required energy and Germany alone imports around 35% of its gas supplied from Russia. This could be a key reason why Germany along with other EU countries delayed tougher sanctions until that line became untenable.

Whilst the threat and difficulties surrounding this situation are impossible to predict with any accuracy, most investment analysts and commentators believe the Russia/Ukraine conflict will only exacerbate the chief enemy to global economies  – and that is inflation.

At most times, global investment markets perform very similarly, whether moving up or down, and thrive on knowledge and accurate simulations as to what the economic future holds.

Market downturns and accompanying volatility tend to occur where an elevated level of uncertainty arises, and it is this that has developed since the turn of the year. It’s worth looking at how major conflicts in the past have impacted upon financial markets, and this graph shows an interesting pattern of markets being initially depressed before regaining momentum.

Away from Russia/Ukraine, there has been a lack of global consensus as to the threat of inflation persisting through to 2023 and this has led to differing responses from Central Banks. At face value the US appears more concerned about a longer period of inflation, yet the Fed failed to increase interest rates at the policy review in February and investment markets now expect a bigger hike in US interest rates in the March review.

In February, the ECB decided not to raise interest rates and Christine Lagarde stated that whilst inflation was expected to increase further in the short term, it was expected to ease by the end of the year.

In February, the Bank of England went ahead and increased interest rates by 0.25% to 0.50% and stated that inflation was expected to peak at 7.0%, and this increase (and possibly further increases in March and April) would increase the prospect of inflation falling back to 2.0% by the end of the year or during 2023.

With three of the major Central Banks taking different views on the future direction of inflation, it is impossible to measure its potential impact on the post-pandemic recovery both within the UK and across the rest of the World, and it is this uncertainty that is the primary cause of the downward pressure in investment markets, particularly equity markets.

Gilts and other bond instruments that are an important part of cautious and moderate risk portfolios have also seen a sharp reduction in value since the turn of the year. This has been a direct result of the increase in inflation, the consequential prospect of higher interest rates and the uncertainty of how long higher rates of inflation will last.

In the very short term, there are a number of events that will direct investment markets up or down.

Given the current global economic back drop, the prospects for investment portfolios for 2022 remain uncertain and we are firmly in ‘’crystal ball’’ territory.

However, as recent as the end of January 2022 and despite the various headwinds in situ, many investment commentators were speculating a positive single digit return for the current calendar year.

The outlook for investors

We have seen significant market volatility over the past couple of years emanating from a series of events, not least the pandemic, and it is important to remain focused on the longer term and not to overreact to single events that are regularly a feature of investing.

Markets recovered well from the impact of the global pandemic and history shows us that staying invested unless you need to realise funds for a specific purpose is the best and most sensible approach rather than trying to time the market.

The Ukraine crisis matters to global financial markets as it may become the catalyst to drive inflation even higher and longer than currently anticipated. Market analysts will be watching commodity prices, especially oil and gas, very carefully.  Government responses to the crisis and the depth of sanctions may also play into higher inflation, particularly if trade and supply chains are further inhibited.

With all this at stake, Central Banks are also likely to have a huge impact as to how markets perform.  Many investment commentators are already concerned that the next economic policy reviews in March may herald tougher-than-usual actions to try and curb the extent and longevity of inflationary pressures towards the end of this year which could cause the recovery from the pandemic to falter.

The Ukraine crisis now leaves markets very much in the dark as to what decisions central banks may take in March and April this year. It is very likely that this lack of visibility will create a huge amount of market volatility over the coming weeks with big swings in valuations.

For an investment perspective, there is a lot to consider, but this is dwarfed by the humanitarian situation the region now confronts, and it is paramount for now to hope and pray that the death and destruction in Ukraine ends as rapidly as possible and stability returns to the region soon.

And on that note, there are many ways to contribute to the humanitarian effort now underway, including donating to the Red Cross and Unicef. Google “donate to Ukraine” and you’ll see plenty of opportunities to play a small part in helping the people of Ukraine.

Make sure your retirement plans are on target…

If your investments have under or overperformed the market, you can see what impact that is having on your long-term retirement plans using your RetireEasy LifePlan. You can test out different scenarios too, based on how well you think the market is going to perform in the upcoming years, how much inflation might eat into your estimates, and what happens if you elect to delay or bring forward your retirement date.

If your subscription has lapsed, why not get back on track for just a few pounds a month by clicking here: www.retireeasy.co.uk