While Covid alters many retirees’ plans, two thirds face running out of money 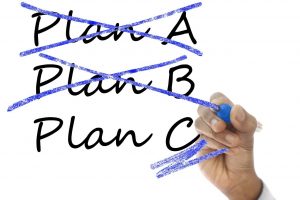 Two thirds (66%) of 2021 retirees risk not having the pension savings to sustain their planned retirement income, according to a new report from Standard Life Aberdeen. The report also says that almost two in five (37%) 2021 retirees have accelerated their retirement plans due to Covid-19.

However, looking at their pension pots, and factoring in the money they’ll receive from their State Pension, analysis shows that two thirds (66%) are at risk of running out of money.

John Tait, Retirement Advice Specialist at Standard Life Aberdeen, said: “Retirement is a marathon, not a sprint, and many could be going into it without sufficient preparation or planning.

“Pension pots are without a doubt the most popular option for funding retirement, but it’s so important that retirees consider any other savings or assets they can use when deciding whether they can afford to retire or not.”

The research also found that more than a third (37%) of those planning to retire this year are worried about not having enough money to last throughout retirement.

However, there are clearly some apprehensions about retiring during a pandemic amongst this year’s retirees. More than half (51%) are worried about not being able to do things they planned, while two in five (43%) are concerned they won’t be able to see friends and family.

When it comes to their finances, three in ten (29%) have concerns about their pension falling in volatile markets, and almost one in five (17%) have seen their income fall over the past year.

How are YOUR retirement plans faring?

Whether you have had a good year financially, or have struggled to keep your pension savings going, now could be an excellent time to check that your retirement plans are on track – and that your money is in the best possible place.

Check out how you are placed by logging onto your RetireEasy LifePlan, which will give you an instant update.

If your subscription has lapsed, LifePlan Classic costs just £5.99 a month to get regular updates on your progress!